People who have lived with chronic illness for years often develop an intimate understanding of their condition, but even the most seasoned of patients have those experiences that force them back to the drawing board.

One of our Australian customers, Jen, has endured constant migraine attacks for fifteen years; but recently, an awful two-week cluster—during which her usual mix of medications proved ineffective—turned her into an ‘amateur neurologist’ on account of all the research she was devouring. This ultimately revealed a well-known truth about migraine: bright lighting can be a prominent trigger for attacks.

"I hadn’t really put two and two together that being in a shopping centre for several hours had me usually ending up taking a triptan. I was always bothered by extended time at the beach, and driving at night was very uncomfortable because the traffic lights and lights from construction vehicles..." she said.

This discovery further inspired Jen to seek out specialized remedies for light sensitivity, which naturally exposed her to TheraSpecs therapeutic glasses. She took a chance on both an indoor pair and outdoor pair with her prescription. And, as she put it, their arrival spelt instant relief. 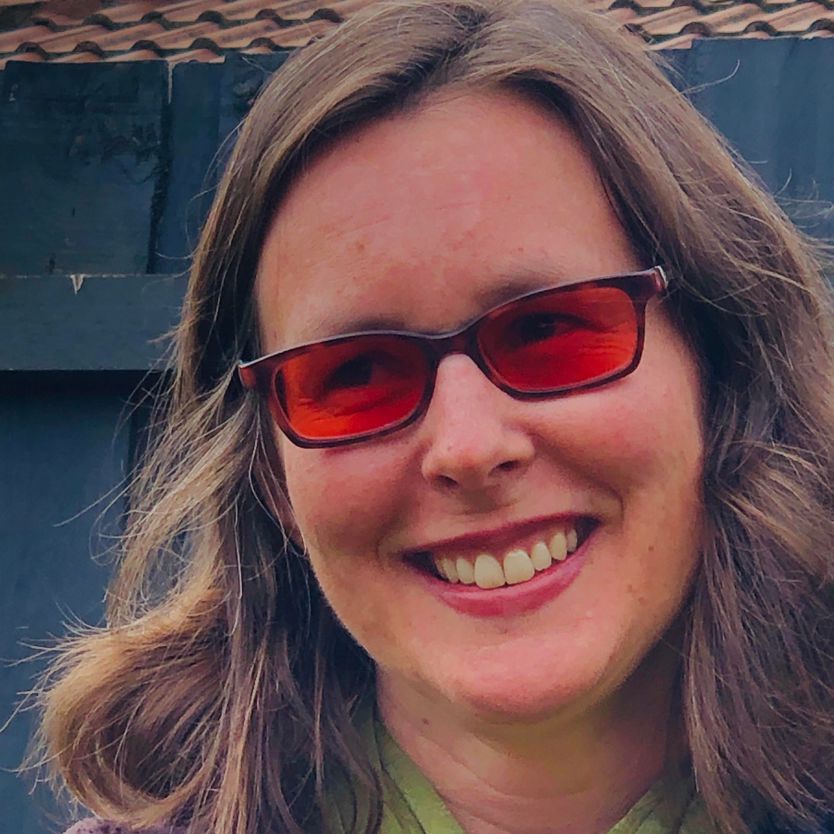 Jen described the feeling of "instant relief" with her prescription indoor TheraSpecs.

Over the course of the next month, she was even more encouraged by the fact that she only had a single migraine attack—due in large part to the reduction of light triggers with her TheraSpecs.

"I wear them any time I’m on the computer, under artificial lights, anywhere lights are flashing, in traffic and in the outdoor sunlight. It’s like a relaxing feeling to go about my day. I didn’t realize pain and discomfort wasn’t normal in your eyes, in lighted situations!"

Jen has even taken notice of the effect of wearing tinted lenses indoors at her work. Not only has she gotten over any concern of looking different, she actually relished the opportunity to bring visibility to this debilitating neurological disorder. After all, people with an 'invisible illness' generally look fine even though they may be in significant pain. TheraSpecs, on the other hand, meant that others would take her condition more seriously, and she has seen how others have responded with positive curiosity.

And that's what we like to hear! We’re so proud of the role that our glasses have played in Jen's chronic illness journey.