We’re always humbled when a customer credits TheraSpecs for fundamentally changing their lives. Recently, Kimberly shared her incredible experience with our glasses, describing how they have been able to reduce her light-sensitive migraine attacks as she pursues a career path as a doctor.

Kimberly has dealt with hemiplegic migraine for the last several years, a condition that leads to weakness on one side of the body. Unfortunately, it has also landed her in the hospital multiple times in the last few months with an unbreaking form of the migraine disorder (called intractable migraine or status migrainosus). This has affected her post-graduate studies because, most recently, it was the classroom lighting that triggered an attack and led to her subsequent hospitalization.

"I am a post-grad student renewing my sciences so that I can go to dental school," she said. "The fluorescent lighting in the lecture halls induced hemiplegic status migrainosus, and I was in patient for a 6-day bout."

Although she kept in good spirits and continued to prepare for her upcoming exams, it was not until her husband ordered TheraSpecs migraine glasses—in conjunction with the other acute treatments—that the pain started to subside and the attack finally relented. And she noticed the difference right away!

"I got these migraine prevention glasses; I actually felt immediate relief on my eyes when I put them on!" she shared on Instagram from her hospital room. She was even wearing her TheraSpecs on the day she was released. 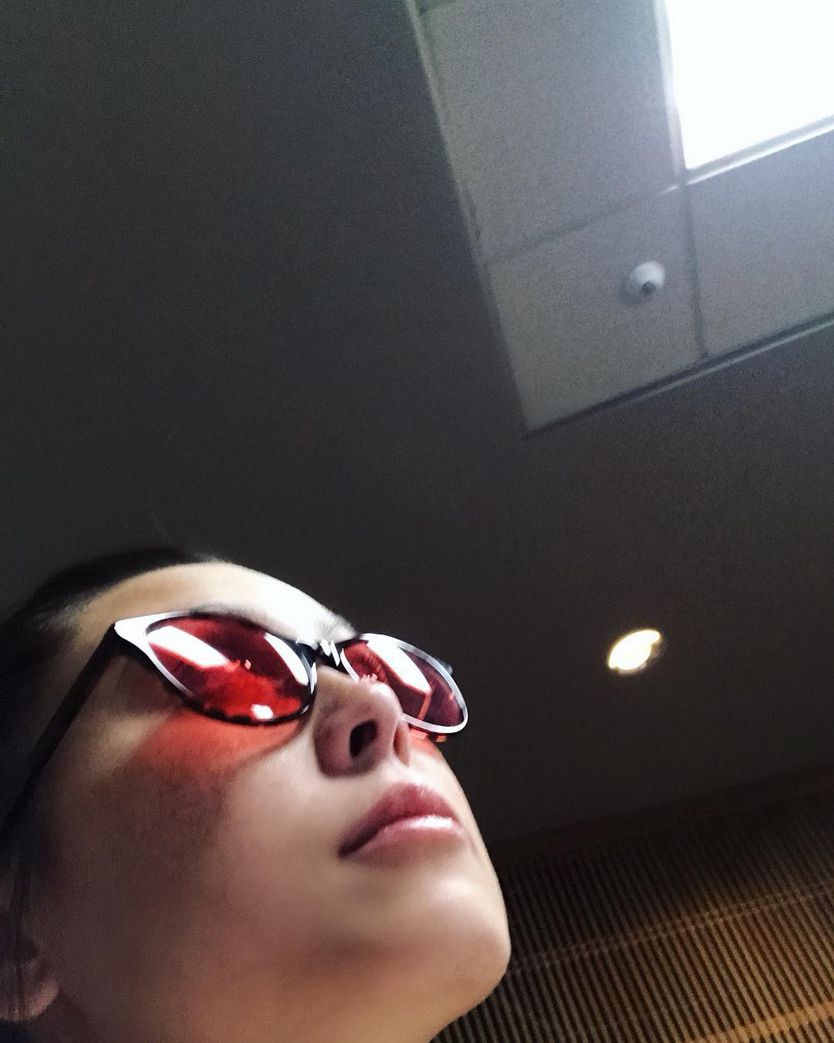 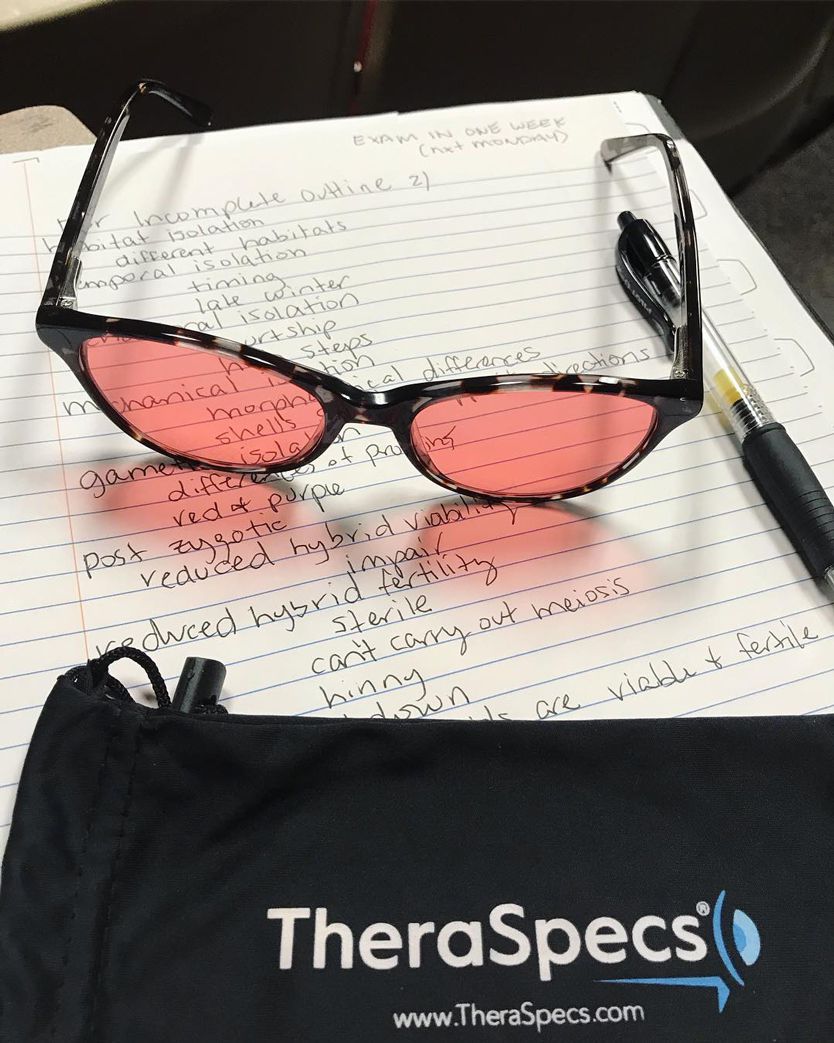 Kimberly's TheraSpecs pass the test in her return to the fluorescent lighting of her classroom.

The real test, however, would come just a few days later when she was set to return to the same classroom which had triggered her original attack. On this day though, the outcome was much different because she had her TheraSpecs lenses. Our precision tint overcame every obstacle, enabling Kimberly to survive under the harsh lighting and reducing her fluorescent light sensitivity.

"I can look directly at the lights with these lenses, and it’s truly remarkable," she told us. "Thank you so much because I can go back to class and become a doctor. You saved my whole career."

Kimberly also has some encouraging words for anybody else who may be struggling with chronic illness, not just as a patient who has endured the pain but also as a future medical professional who has developed a better understanding and compassion for others’ experiences.

"For anyone out there who thinks they are alone, you’re not. You might have something different, but whatever it is, you have to fight for complete care and do your best to facilitate improvements."

What a powerful sentiment and story from Kimberly. Thank you for including us in your recovery and relief!