The public conversation around chronic illnesses and their symptoms is critical to improving awareness of the issues patients face as well as reducing the isolation they can feel. One of the best ways to accomplish this is to highlight those individuals—from actors to athletes—who have publicly battled photophobia and light sensitivity. Here are some of their stories. 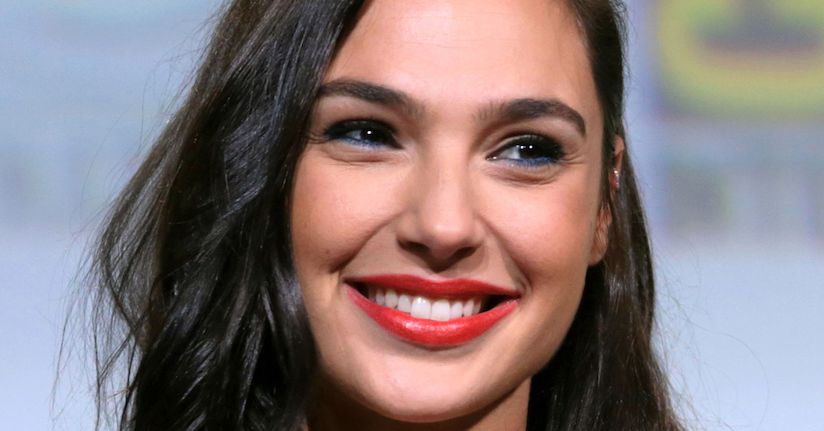 One of the biggest film stars in recent years is Gal Gadot, the actress who took up the lasso of Wonder Woman in several blockbuster movies. During the filming of the superhero film, she started to develop severe migraine attacks, with strong sensitivity to light as a noticeable side effect. This led her to turn to a common practice for people with migraine: wearing sunglasses indoors (which is not always a great option as we point out here).

"I would show up in dark glasses and they all thought I was going Hollywood, but I was only pregnant," she said. As with many women with migraine, it is likely that her bouts with photophobia ceased along with her migraine attacks after the birth of her child.

It has been reported that an eye disorder left David Spade, a popular actor and comedian, with severe intolerance to light. Although the Tommy Boy and Grown Ups star has not directly confirmed it, one reporter described one interaction with Spade like this:

"The second time [we met] was at a restaurant in West Hollywood, a dark place, cave dark, his choice. A painful eye condition made him sensitive to light, so he kept himself cloistered much of the time in semidarkness..." 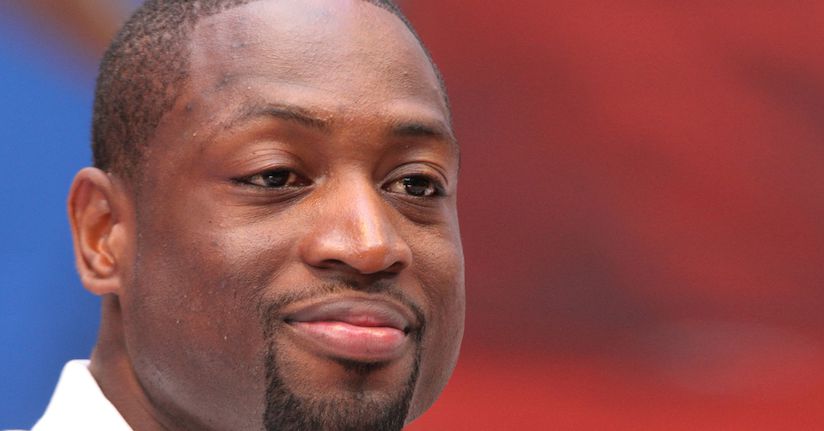 Perhaps the most notable athlete with migraine is none other than Dwyane Wade, the star of the Miami Heat professional basketball team. In addition to visual aura and nausea, Wade’s photophobia symptoms seem to be particularly potent. In particular, he has requested camera lights be turned down and even briefly took up wearing tinted goggles to combat bright arena lighting.

At one point during the 2011 season, he even revealed a well-known truth about light sensitivity due to migraine: you can be highly light-sensitive between attacks too. He described it this way: "My headache is gone, but my vision hasn't fully recovered. I'm not looking up much and I'm squinting still."

While Wade has been dealing with migraine and light sensitivity for much of his life, other NBA players Kyrie Irving (Cavaliers/Celtics) and Kobe Bryant (Lakers, retired) have also experienced the pain of light exposure—in each of their cases, it was caused by an injury and the symptom was short lived.

Back in 2014, famed television host Bob Costas developed viral conjunctivitis—an ocular condition that most of us know more commonly as pink eye. As a result of the diagnosis, his vision was dramatically affected and he missed some time during the winter olympics. But the severe and sudden light sensitivity that he developed may have been the most bothersome complication.

"The worst three days of it I was primarily in a darkened room," Costas told reporters at the time. "There were other times, just to break the monotony, I would walk down to the lobby of the hotel to go to the restaurant or out on the terrace at night."

The dark, quiet room is a favorite spot for many with photophobia because of the relief it can offer. However, we like to remind patients that there are other options that can help you get out of the darkness—notably FL-41 tinted glasses. Thankfully, for Costas, his aversion to light only lasted a few days before he was out of the dark room and back in the hosting chair. 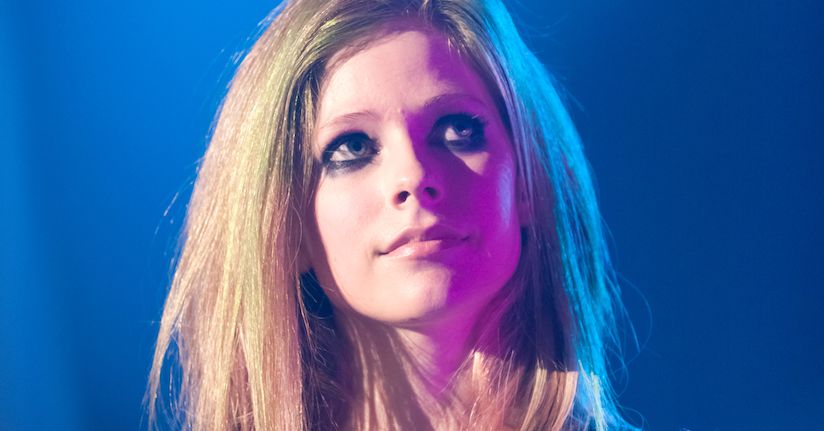 Canadian-born Avril Lavigne has built a successful career as a pop-punk singer and songwriter, but she has recently struggled with Lyme disease and lyme-related light sensitivity. One of her famous friends and Lyme warrior herself, Yolanda Hadid, witnessed Lavigne’s photophobia firsthand during a meeting:

"Her light sensitivity from Lyme is so severe that she can’t even take her sunglasses off when we are sitting in the living room, even though my blinds are closed," she described.

Cam Newton is a face of the National Football League because of his dynamic abilities as well as his vibrant personality. Unfortunately, like many other NFL players, he has dealt with his fair share of concussions as the quarterback of the Carolina Panthers. After enduring a head injury during a game in 2016, he entered the concussion protocol and began having negative reactions to light which affected his ability to get through team meetings, according to sources. Although it did not last long, he still missed a game as a result of the injury. Thankfully he seems to have recovered fully, but the threat of concussion (and corresponding photophobia) always looms as part of playing professional football. 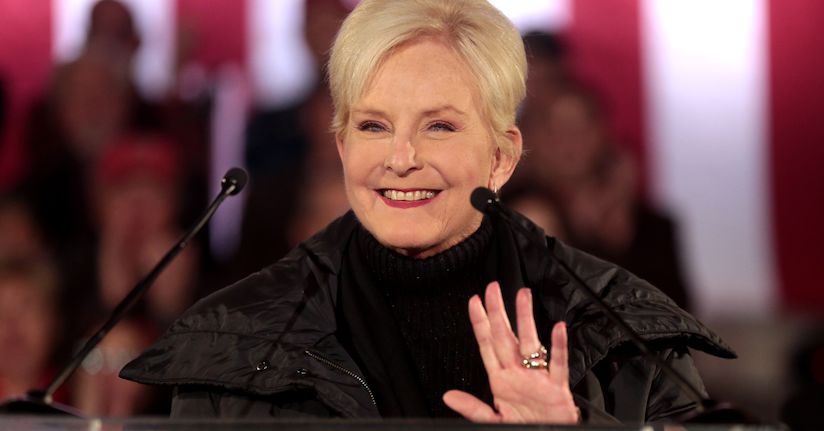 Cindy McCain may be most known as the wife of late senator John McCain, but she is also a prominent businesswoman and humanitarian. More recently, she has become a voice for migraine advocacy as a person afflicted with the headache disorder. Like many adults with migraine, McCain’s attacks seemed to change (and in her case worsen) around middle age. This only heightened her sensitivity to light and other visual symptoms, which she acknowledged played a significant role in her migraines.

She also had some encouraging words for others with the condition: "I think the best thing to combat the stigma is...talking about it. There are many people out there who suffer and are afraid to talk about it because, for instance, they're afraid they'll lose their job. The more we talk about [migraine], then the better the understanding." Great points, Cindy!

While most of us associate concussions and their effects with professional football, major league baseball players are not immune to the physical collisions of sports. In fact, Minnesota Twins catcher and first baseman Joe Mauer dealt with the pain of concussion-related light sensitivity after diving for a foul ball during a game in May 2018. Even several days after the initial injury, Mauer could not shake these intense reactions to light—potentially indicating the early stages of post-concussion syndrome, during which symptoms persist for weeks or months.

Then-manager Paul Molitor expressed his worry about Mauer’s recovery at the time: "The concerning part I think for us is that there was also some accompaniment by some other symptoms yesterday that I think involved some balance issues and light sensitivity and things that didn’t sound good. So, we ran through the protocol last night and there was no definitive answer there as far as what exactly is [going on]."

Unfortunately, Mauer never really did return to form and ultimately announced his retirement from baseball in November 2018, citing his health as an important factor. 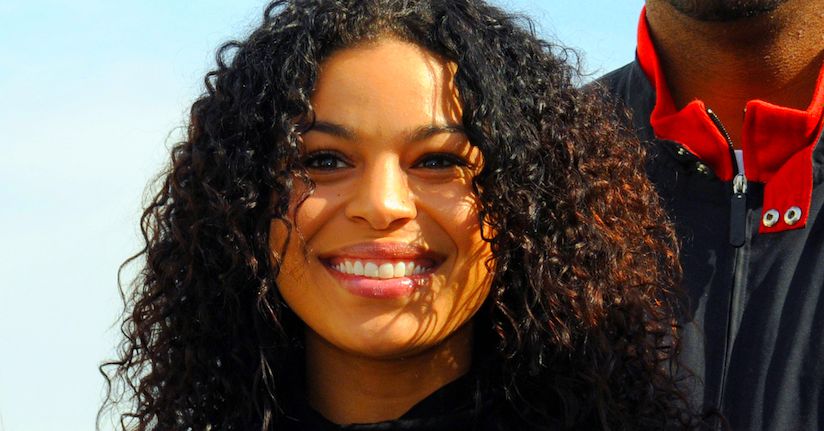 Jordin Sparks has one of the most powerful voices in the music industry, but she also understands the photophobic pain associated with migraine disease. On a 2015 appearance on “The Doctors,” she shared her experiences with the headache disorder:

"For me, it starts with a dull ache, and then all of a sudden, it becomes this increasing pain." She then went on to describe her visual symptoms, including the aura and light sensitivity. "I get an aura on the outside of my eye and then I get nauseous...sensitivity to light [and sound too]. I have to lie in a dark room. They are pretty debilitating, so they are a little scary."

Although she continues to endure attacks on occasion, she has found her own mix of treatments and behavioral changes that help her better manage the pain.

After suffering a fainting spell in the middle of her popular daytime talk show, Wendy Williams announced that she had Grave’s Disease. The condition, which is caused by an overactive thyroid gland, also leads to visual deficits like light sensitivity for a significant number of patients. Williams herself gave a particularly powerful account of how it affects her eyes: "Graves disease squeezes the muscles behind your eyeballs." Indeed, photophobia can be a real pain! 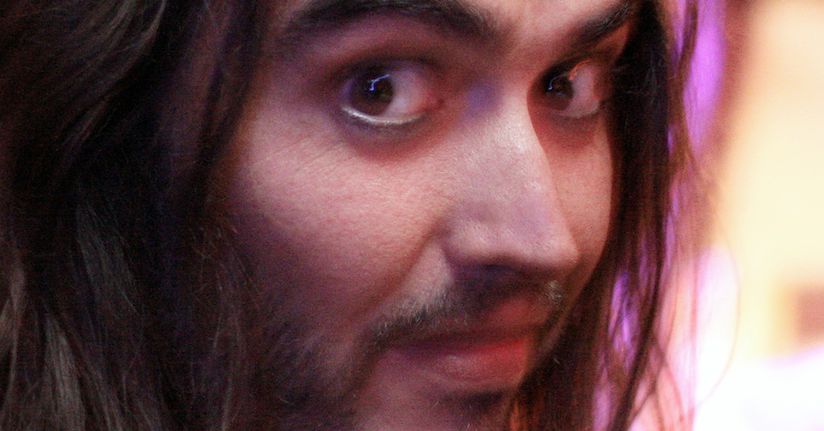 Few things can make a person feel more helpless than the early stages of a migraine attack in a public space where there is little option for relief. Get Him To The Greek star and funny man Russell Brand found himself in exactly that situation several years ago during a Los Angeles comedy gig. According to reports, Brand told the audience that he was in the early stages of an attack and that the bright stage lights were likely one of the culprits. As a result of what he called “light disruption” associated with his episodes, he began to feel the pain and nausea that is all-too-familiar for so many with migraine and photophobia. He did, however, finish the show with the help of some acute medication.

Perhaps the most famous of all the celebrities with photophobia is Bono, the frontman of the rock band U2. He has long been seen wearing tinted eyewear in public, and he would eventually reveal that they help with his glaucoma-related light sensitivity. The eye disorder generally causes a buildup of eye pressure that damages the optic nerve, thus resulting in the visual issues faced by patients. Amazingly, Bono announced he has been dealing with glaucoma and light issues for the better part of 25 years!