Can you imagine how painful it might be for someone with light sensitivity when their job calls for them to be on the computer for eight or more hours every day and/or exposed to bright lighting on an equally regular basis? You can probably guess at how much of a hindrance that would be on a person’s career.

Cassandra from Ontario, Canada does not need to imagine the dramatic impact of photophobia because she has lived with it for years, stemming from chronic daily headache and migraine. At just 25 years of age, she had a job that necessitated constant use of a computer and exposure to screen light, which one day led to a terrifying attack.

"My eyes one day had simply had enough, and I had an attack where it felt like a knife was stuck through my right eye, [so] I was taken to the emergency room where they ignored my plea for help," she said. "A few hours in I had another attack, and I have no recollection of after the event just that I awoke in ICU and was no longer able to see out of my right eye where we later learned my nerve ending ruptured. I was then told I had chronic daily headache where you experience a headache 15 days or more a month."

That seemed to be a turning point in which Cassandra’s sensitivity to light became even more detrimental to her everyday life. She walked away from her job, hoping to succeed in the fashion industry; however, even then, she spent much of her time under bright lighting. Small tasks, such as sewing, became blinding for her.

Her sensitivities also followed her to non-professional activities as well—watching television, looking at her cell phone, and even reading books all became a struggle. She had tried to avoid these pursuits as much as possible until she could no longer deny her need to find a remedy for her photophobia and return some normalcy back into her life. 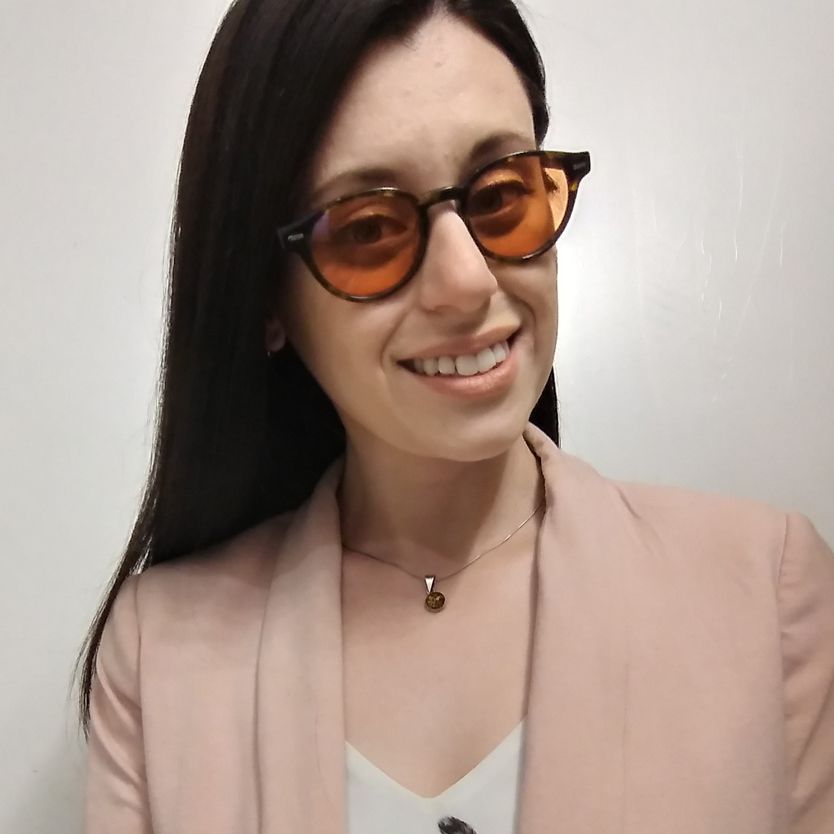 For the past few years, she had been watching others find relief with TheraSpecs, and she decided it was her turn. She opted for our cute Keaton frame with indoor lenses, and everything changed when she put them on for the first time.

"Within moments, I could see!" she exclaimed. "The high brightness on indoor lights became a cool blue tone and the pink allowed my eyes to adjust to the darker tones surrounding. I am able to use my cellphone, laptop, [and] I can watch a movie from start to end without needing a break."

But Cassandra shared the best news of all: her career and business are back on track because of TheraSpecs! As she told us, she can finally see when sewing and her machine’s light no longer causes her a headache.

That is the most wonderful part of Cassandra’s story for us. We love knowing that our glasses had such a profound impact on her life!