Whether it is intense sound, busy crowds or cinema lights, movie theaters have long brought with them sensory triggers for people with light-sensitive disorders. But it may have reached critical mass with the recent release of The Incredibles 2 which has some moviegoers on high alert.

The controversy stems from several scenes in the blockbuster animated film that feature strobe-like flashing light effects. These visuals have been reported to last nearly two minutes in some cases, and many viewers have found them to be disorienting for those with visual sensitivities, such as photosensitive epilepsy or migraine. Although countless motion pictures have bright or high-motion visuals, the ones in The Incredibles 2 seem to be particularly extreme and potentially dangerous.

Twitter user Veronica Lewis was one the first to publicly warn viewers with light sensitivity in a viral post that has been retweeted nearly 11,000 times as of the time of this article. 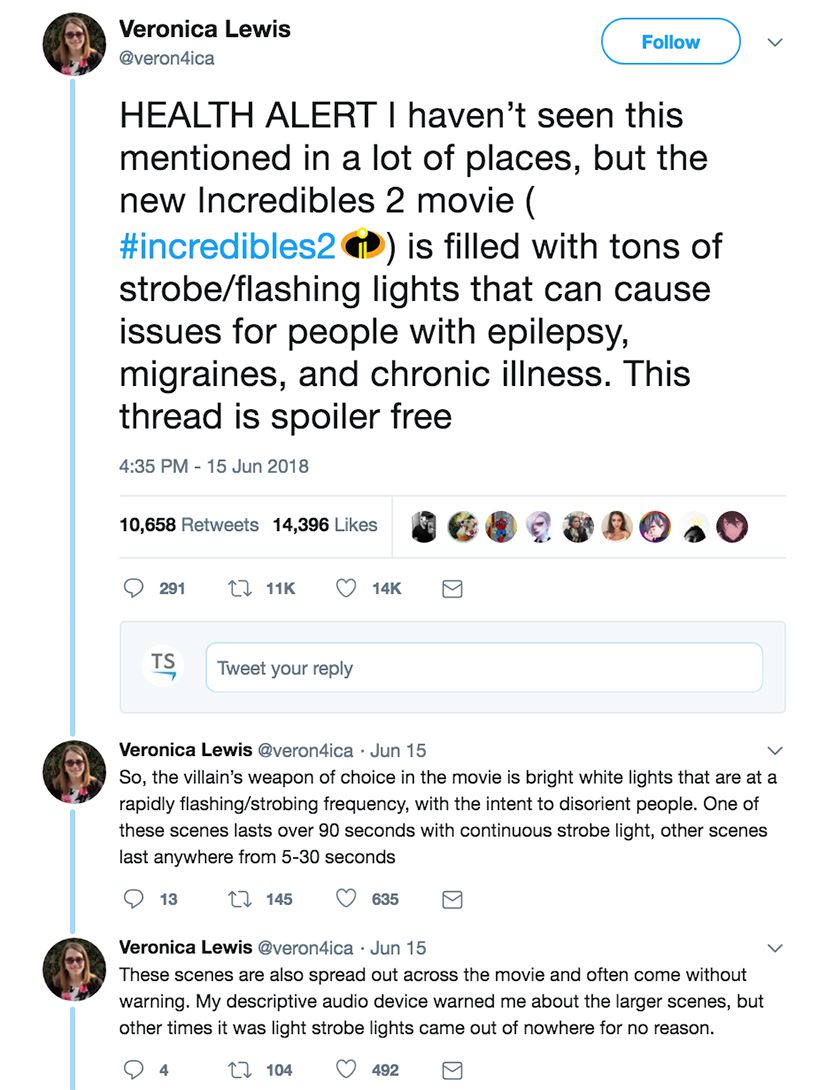 Some have even shared that they experienced attacks, seizures, dizziness and other negative effects from the film. As far as we can tell, reports of these incidents are rare but it is still important that potential moviegoers are aware of the threat.

The initial response from social media further prompted the Epilepsy Foundation to come out with a statement cautioning audience members who attend viewings of The Incredibles 2. The message seems to have reached Disney and Pixar studios, who appear to be encouraging the inclusion of advisory warnings at theaters around the country. Several signs have read the following: "Incredibles 2 contains a sequence of flashing lights which may affect customers who are susceptible to photosensitive epilepsy or other photo sensitivities." 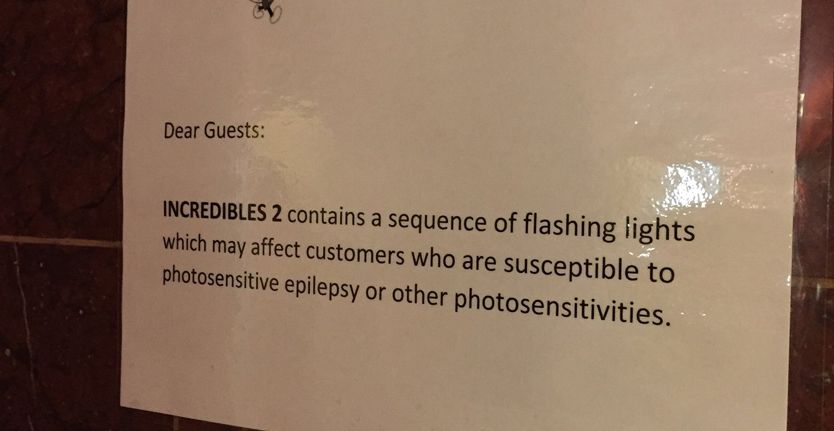 The move has been applauded by many in the online chronic illness community as an important step and is a testament to the power of social media in bringing awareness to issues of light sensitivity. This information, when provided in advance, ultimately offers viewers the choice to go to see the film or not.

At TheraSpecs, we are happy to see Disney, Pixar and numerous cinemas react quickly on this matter, and we hope it continues to expand the dialogue on the role of bright lighting and other visual effects in movies—and more importantly, how to keep patrons safe while watching them.

As a bonus, we were tickled to see that some had already used TheraSpecs to great benefit while watching the movie. Just check out what this user said via Twitter: 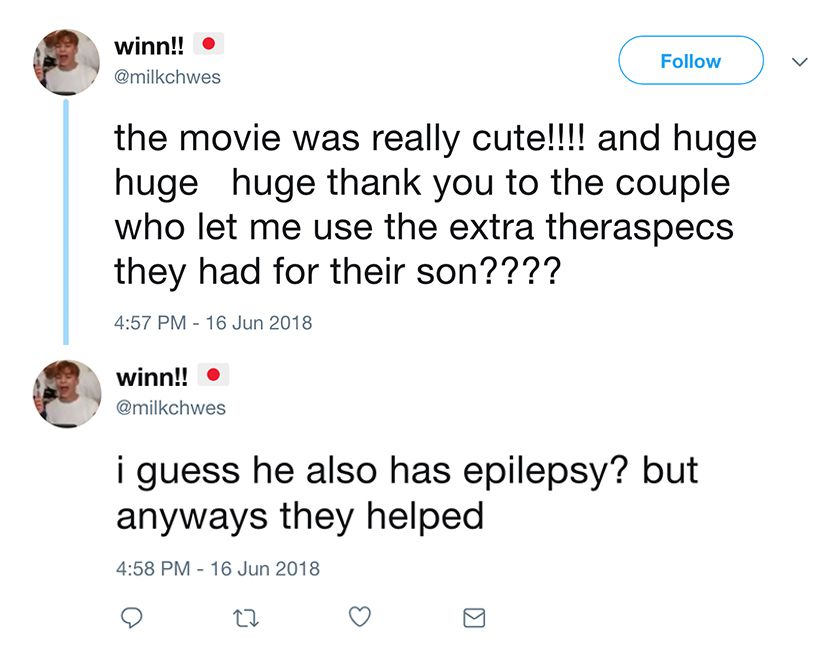 Although indoor TheraSpecs may not completely eliminate the hazard caused by these strobe lighting scenes, they clearly can be a benefit to some.

Flashing Lights are the Worst for Migraine

The Ultimate Guide to Light Sensitivity