In the second installment of our headache specialist spotlight, Dr. Amaal Starling gives us tremendous insight about the experiences surrounding migraine. Dr. Starling is a practicing headache specialist and Assistant Professor of Neurology in the Mayo Clinic College of Medicine. She is also an inspiring advocate for migraine patients, publicly championing the term "Migraine Warriors" to highlight their resourcefulness and perseverance.

Why is migraine so much more than “just a headache?”

Migraine is a brain disease that results in episodes of disabling attacks. And these attacks very frequently will have head pain associated with it. For some people, it may be on one side; for others, it may be on both sides. That pain might be throbbing in nature or more like pressure or a vice. And it is important to highlight that some patients may even have very minimal or no head pain at all.

In addition, these attacks represent abnormal function of the brain in which different sensations are processed incorrectly. One of the more common sensations is pain, but other sensory stimuli that can be processed abnormally include light, sound, smells, and motion—all of which are frequent symptoms. For many patients, severe light sensitivity may be their most bothersome symptom second to pain, preventing them from being inside in a workplace environment with fluorescent lights for example. Some are very sensitive to smells—unable to be around people who are wearing lightly-perfumed lotions or shampoos. Sound may be disabling as well. And then motion is something that is not talked about enough. The majority of patients who I ask will have some sort of motion sensitivity during attacks where they feel dizzy or off-balance or like they are rocking on a boat. So those are some common things that go along with pain during migraine attacks.

It is also important to remember that migraine attacks—based on our criteria—will last for 4 to 72 hours, although for some people it can last longer. Unfortunately some patients have what we call an "interictal" burden too, meaning they can have a lot of these symptoms in between attacks. 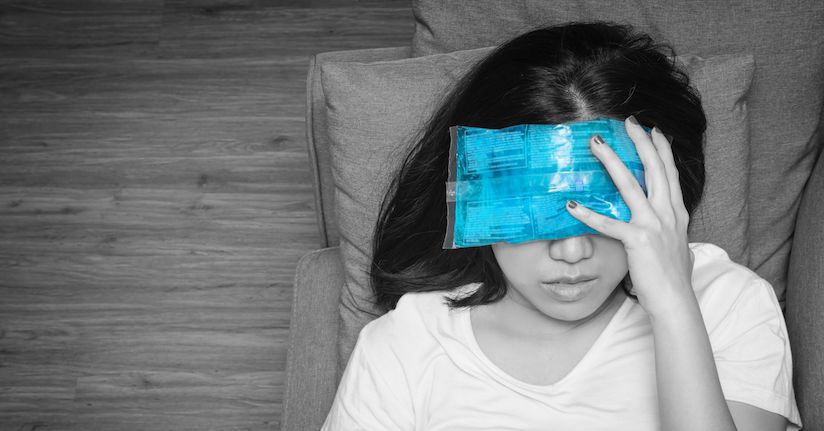 You mention light sensitivity. Can you share more about how this symptom impacts migraine?

The first thing that I thought about is one of my patients. He was this young, productive guy in the tech world with a great job and social life; and then his migraine severity increased to the point where he was unable to leave his house. He was able to work remotely, but he had to black out all of his windows because of his severe sensitivity to light. Doctor appointments were the only thing for which he would leave his house. At the time, there was this new migraine treatment that had just come out; I called him up and said 'why don’t you come in, I’ve got a new treatment I want to discuss with you.' Fortunately it ended up being effective for him. And the way he let me know was by leaving a message that read: I went grocery shopping. I almost teared up because I was so excited that we had this little bit of a breakthrough such that he was able to go to the grocery store—something he had not done in 3 years.

Why is stigma such a common part of the migraine experience?

It’s important to know that the majority of people who have migraine are not being appropriately identified, diagnosed, and treated. A large part of that has to do with stigma. In fact, I saw something just yesterday on social media that someone heard that migraine is psychosomatic, or a psychological disorder that results in pain. This is false. In fact, medical science has proven that migraine is a neurologic or brain disease.

There are different reasons why people with migraine face stigma. One of the things that I have identified and have worked hard at reducing is stigma within the medical community. The fact is there is very little teaching around migraine in a medical school setting. Even within our own medical school system, it’s an hour long module that students can complete at home and an hour long in-class review for all headache disorders, including migraine. Two hours of formal teaching out of 4 years in medical school—that is pretty unbelievable, given that this is the third most prevalent disorder globally.

And it goes on beyond that, where in residencies, whether you are in primary care or the emergency room or even in neurology, it is not emphasized as much as the prevalence and the disability that is associated with it. In addition, there is very little national funding for migraine, which is another way that we start valuing diseases. So if the NIH is spending $20 million on migraine and other headache disorders, compared to the $200 million in spending for schizophrenia and liver cirrhosis, then we begin to think that migraine may not be that important. As a result, there are fewer people who are going into migraine research because of the lack of funding. And when there is not enough research, there is not enough novel treatment—it’s all a vicious cycle. If you do not validate the disease in the medical community, you do not have the funding, you do not have the research, and then we cannot diagnose and treat these patients appropriately.

Then there is a trickle down effect to the patient; the lay public does not recognize that migraine is a big deal because the medical community is not talking about it. And then patients go to their doctors and their symptoms are minimized by their medical providers, or not addressed appropriately, or brushed aside. This creates internalized stigma.

June 30:We will win the fight against #migraine. @ahsheadache meeting, over 1000 researchers have been discussing cutting-edge research in migraine. There is so much hope for new therapeutics. From my family to yours-a father, a son, and a mother — all #MigraineWarriors #NotAlone pic.twitter.com/WvW3W6iK5S

What are some of the ways in which you have personally observed this stigma?

I come from a family of people with migraine— and I have migraine myself—and I remember that as a resident whenever the attending neurologist would come and ask for one of us to go see a patient with a headache or migraine in the emergency room, the residents would be less than enthusiastic. It would literally hurt my feelings. I could not handle hearing them complain about seeing people with migraine, and so I made a commitment that I would see every single patient that had a headache or migraine attack. As a result, I ended up adopting those patients into my outpatient practice, and that was how I started developing my love for headache medicine. And so those things were what really drew me into it.

Why is it important for headache specialists such as yourself to be public advocates?

Dealing with the stigma that persists, both in the medical community as well as in the lay public and amongst my own patients, has just inspired me more and more to speak out as much as I can in every avenue that I have available to me. In fact, I am very hopeful about the field. The word is getting out there. The stigma is going down. People are speaking up and speaking out. The migraine community is now being seen and heard. We are being treated appropriately, and it is a beautiful new movement to see. 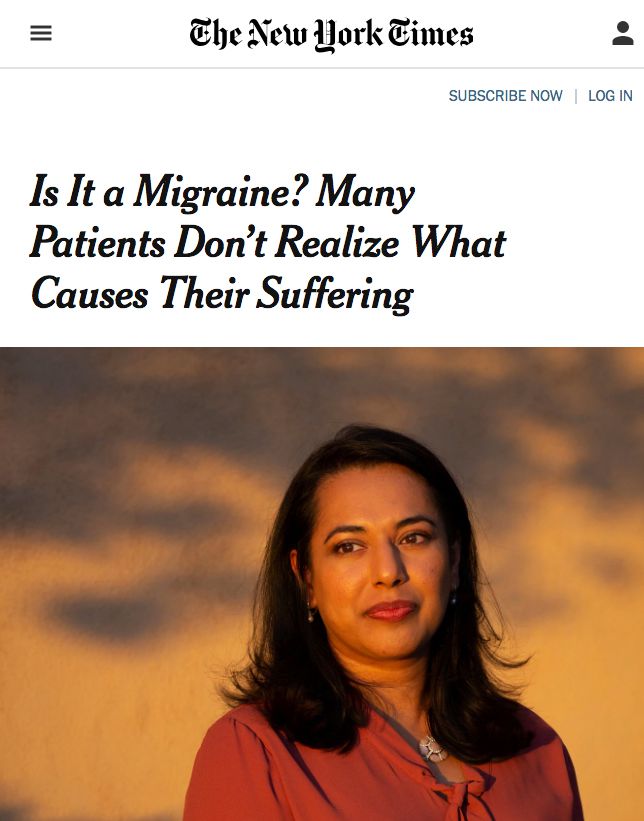 Speaking of treatment, what is your perspective about the new CGRP migraine prevention drugs?

The most exciting thing about what is happening right now is the fact that we are starting to develop disease-specific targeted treatments for the prevention of migraine. I think that we have entered a new era and that we are involved in a paradigm shift in the way that we treat patients. We are done borrowing medications from other disease states like depression, blood pressure, or seizures. And what is going to result is hopefully more effective treatment options with reduced side effects.

What would be your advice to a patient with migraine or somebody yet to be diagnosed?

For individuals who have not yet been diagnosed with migraine but have disabling symptoms that are associated with headaches—I would say that it is likely that you have migraine given its high prevalence and that they need to seek advice from a medical provider to receive a proper diagnosis.

For those who have recently been diagnosed, my word of advice is that we can treat it, so they should not accept the words of 'there is nothing else we can do.' We have specific treatments that start with behavioral management and preventive options as well as rescue medication.

And for those individuals who have had a diagnosis for many years—who have tried so many different options—please do not give up hope. We have a lot of different novel treatment options that are coming down the pipeline. Make sure you are seeing a headache specialist so that you have access to all these newly-available treatments.

I want everyone to know that we are not losing the fight against migraine and that people with migraine: WE ARE WARRIORS, we are not sufferers. People with migraine need to unite; we need to advocate for ourselves as well as for each other so that we can increase NIH funding for continued research. And we will—migraine specialists, researchers, and patients together—continue to fight until we have disease-specific, mechanism-based treatments for all people with migraine.