In the final installment of our look at how migraine changes as we age, we explore the unique features of migraine in the elderly. From specialty symptoms and evolving nature of attacks, we will give you a fascinating glimpse into the headache disorder in later life.

Prevalence and Risk Factors for Migraine in Elderly

Headaches, but not necessarily migraines, are common in the elderly.

Headache is perhaps the most frequent complaint in the older population, although the prevalence of migraine after 65 years of age is far less likely—further reinforcing that most patients develop the headache disorder in their adult years or younger. In fact, among the elderly with symptoms of headache, migraine or probable migraine may affect between 10-25% of patients.1,2

Migraine are less impactful over time.

Some experts have suggested a form of “lesser migraine” for those over the age of 50 years. They point to countless studies that show fewer headache days, reduced symptoms of dizziness, sensitivity to light and others, as well as an overall greater ability to function and respond to treatment.3 This also correlates to a declining of overall headaches rates in women and men by the age of seventy—down to 10 percent and 8 percent, respectively.4 Furthermore, migraine that begins later in life is associated with fewer attacks when compared with those who have lived it with for a majority of their lives.8

As we have discussed previously, migraine for women tends to align with reproductive changes, from the beginning of menstruation to pregnancy and through to menopause. Specifically, the menopausal transition has been shown to cause noticeable adjustments in the frequency and severity of attacks for nearly two-thirds of women. This transition phase may be characterized by a worsening of symptoms, although studies show that post menopausal migraines may in fact decrease—similar to changes experienced by adult pregnant women. In addition, more intense or regular menopausal symptoms like hot flashes or night time sweating may co-exist with a higher number of attacks.10

Although migraine may diminish late in life, there still remains numerous other variations of headache disorders that can be diagnosed in patients. For instance, typical migraine aura without headache is a migraine subtype that is often observed in elderly patients and comes with visual and sensory disturbances as well as other hallmark symptoms.

Medication overuse headache is a secondary disorder that may also affect up to one-third of elderly patients with migraine-like complications. Interestingly, researchers have found that those with new onset headaches in their later years may have an even greater risk when compared with those who have been living with migraine for the majority of their adult life.1,8

In addition to migraine, the elderly may experience so-called hypnic headaches which are age specific to this population. These headaches regularly awaken patients from sleep at specific times in the night and can last for up to an hour; symptoms typically include dull pain but do not have other strong migraine symptoms (such as light sensitivity or vertigo).9 Tension-type headache and chronic daily headache are other disorders that are also typical in the geriatric population.

Migraine Symptoms in the Elderly

While the “usual” migraine symptoms recur for patients of just about any age, there are some unique ones that can present more often for elderly persons:4,5

Curiously, migraine aura tends to increase with age and often presents without headache. This correlates with other studies that show that visual aura and other disturbances (such as zig zag lines known as scintillating scotoma) are more common in older headache patients. Even a majority of those who develop migraine-related visual disturbances do so after the age of 50 years and frequently do not have any prior history of headache.6,7

As previously noted, the most commonly-reported symptoms of migraine tend to dissipate with age, but they are still experienced in high percentages. Light and sound sensitivity as well as nausea accompany at least 75% of attacks in the elderly, while dizziness, vomiting and pressure- or stabbing-like pain are less frequent.2,3,8

Lastly, much like children with migraine, attacks in the elderly are shorter in length—lasting anywhere between 15-60 minutes on average.

Migraine Triggers in the Elderly

There is very little research to distinguish any unique triggers for elderly patients. That said, one study did acknowledge that smoke, alcohol and neck pain or discomfort were all more likely to bring on individual attacks as patients get older.3 Beyond these, the usual suspects emerge:

More on Photophobia and Light Sensitivity among Older Persons

By now, you are probably seeing a theme that light sensitivity persists no matter what age you are. Similarly, in elderly patients with migraine, it may be the second-most prominent issue after head pain and still negatively impacts the vast majority of individuals. In short, if you have migraine past the age of fifty, you can likely expect to experience photophobia with some or all of your attacks.

What is less known is the extent to which light can trigger individual attacks for older persons; there is simply very little research in this area. Our team recently explored the topic of light sensitivity among people with migraine, and 85% of respondents aged 65 or older told us that light directly caused specific migraine episodes—with flashing lights being the most reliable catalyst, followed closely by fluorescent lighting and harsh reflection or glare. 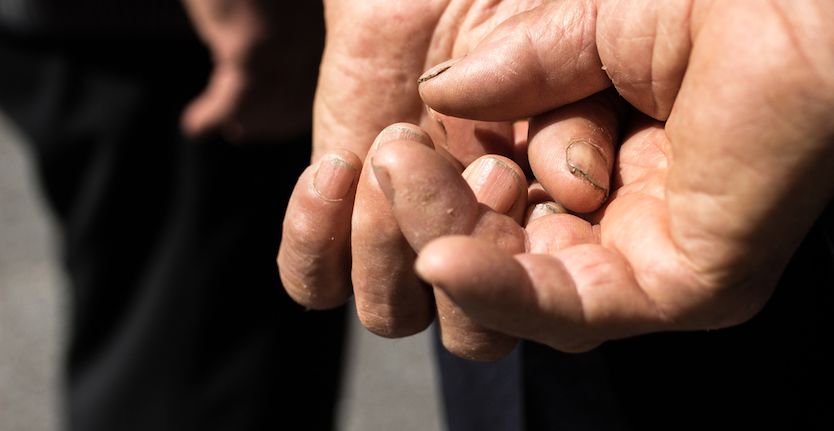 Impact of Migraines and Headaches on Elderly Patients

Most of the information surrounding how migraine impacts people over the age of 65 years centers around comorbid conditions that they may face. And the research is often mixed; migraine may increase stroke potential and emotional disorders like depression, but it is not associated with a higher risk of coronary heart disease. There is also no clear evidence that migraine enhances cognitive decline in elderly migraine patients, nor does it predict the onset of degenerative brain diseases like Alzheimer’s.11-13 Regardless, if a patient has been diagnosed with other conditions, it influences treatment and outcomes and therefore must be considered.

Migraine Treatment in the Elderly

Migraine treatment in older individuals depends on several factors and treatment plans will need to be individualized. Some of the treatments of geriatric migraines include things like weight modification, exercise and the use of intravenous and/or oral medications. The use of certain drugs may not be possible in the elderly due to other medical conditions (heart disease, glaucoma, diabetes, etc.) which prohibit their use.4 In addition, the higher percentage of triptan-influenced rebound headaches in those over the age of 50 years can also limit treatment options.

Part 1: Migraine in Childhood and Adolescence