Young children and teenagers are not immune to developing migraine and experiencing the burdensome symptoms of headache, light sensitivity, dizziness and more that come with individual attacks. In fact, it may even be more common than you realize. In the first of a three-part series on how migraine develops and changes through the years, we explore how young persons uniquely experience migraine.

Let’s take a look at the extent to which migraine affects those in childhood and adolescence.

Between five and ten percent of children ages 15 and under endure migraine, although this may be underreported due to the lack of identification and/or misdiagnosis of migraine. In reality, three quarters of kids and teens have experienced a “severe headache” at some point in their young life, many of which carry the symptoms of migraine. Astoundingly, migraine may appear as early as 18 months, and half of all people who live with migraine have their first attack before the age of twelve.1

We also know that migraine can turn chronic over time, and researchers have noted that this process may begin during the adolescent years.

Ironically, although adulthood migraines are more common in women, young boys are more likely to be diagnosed with the headache disorder before puberty. As childhood turns into adolescence, migraine and so-called recurring “puberty headaches” begin to affect women more prominently—so much so that by the age of 17 years, three times as many young girls have had a migraine attack compared with young boys. The growing disparity (which begins to appear around 11 years old) is believed to be the result of the onset of menstruation in adolescent girls; this is further reinforced by a high frequency of headaches reported during their menstrual cycle.2

Although the exact cause for the onset of migraine in younger patients remains unclear, it has long held a genetic link. In fact, the risk for developing the headache disorder increases exponentially for children with one or two parents who already have a history of migraine. Believe it or not, more than 70% of childhood-age migraine and headache disorders can be traced to an immediate family member who shared the diagnosis.

Another cause of ongoing migraine attacks, especially among adolescents, include concussions and traumatic brain injuries; these types of head traumas affect 500,000 children annually and can result from athletic participation or other physical activity. Headaches after concussion are the most common side effect, and they are usually accompanied by migraine-like symptoms with many being directly diagnosed or at least suspected of migraine.10

Types of Migraine Experienced in Children and Adolescents

Approximately 80-85% of children with migraine experience migraine without aura—which is not abnormal compared with older patients. However, researchers have suggested that the development of pre-attack auras may actually begin during the teenage years. Some even have aura in the absence of head pain, which is one of several syndromes that may be a precursor to traditional migraine onset later in life.3

Another of these disorders is known as abdominal migraine, which predominantly affects children between the ages of five and nine years old. This is uniquely associated with symptoms like stomach pain, nausea and vomiting—usually in the absence of headache-related pain. However, as noted previously, children with abdominal migraine typically adopt more common features of chronic migraine later in life. 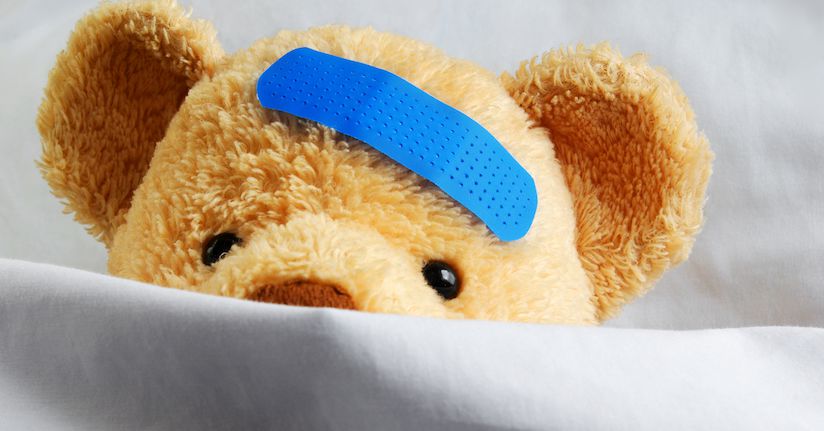 Not surprisingly, the vast majority of children and teens have symptoms that resemble typical migraine attacks, such as:

Premonitory or pre-attack signs can also occur in children and adolescent-aged patients. Many of these represent typical aura-like changes, including: irritability, neck stiffness, change in mood and altered facial features (e.g. shadows under eyes). These have also been shown to increase as a child gets older, if they experience them at all.4

However, there can be some unique symptoms for children. For instance, most childhood and adolescent migraine pain is located in the front or bilateral sides of the head as opposed to adults who experience it unilaterally.5 As mentioned above, abdominal side effects can also be more prominent for younger patients. And of course, all of these can vary by attack, by migraine subtype (e.g. hemiplegic or vestibular), by patient, and even across sex and age groups.

Furthermore, attacks tend to be shorter in duration for younger individuals, lasting less than two hours in a majority of patients (however they can last longer for some).5 Many attacks last just 30 to 45 minutes, which has sparked debate over whether to revise the ICHD-III migraine diagnosis criteria for children—in an effort to improve the identification and ultimately treatment for migraine disorders in younger patients.

What are the most likely triggers individual migraine attacks in youth? Research has suggested they might include:3,5-6

As with symptoms, specific migraine triggers can vary dramatically, and there is no definitive list that can be applied to any patient—much less a child or teen with migraine. It is important to document these sensitivities and work with a doctor to create specific strategies for managing them. 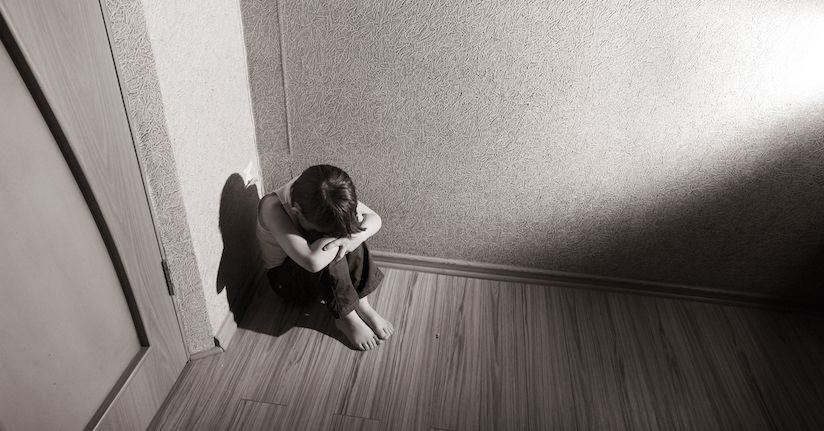 As we mentioned, migraine-related light sensitivity is a common symptom experienced during migraine attacks, and this is no different for those who deal with it early in life. In addition to its high prevalence during the attack phase, its role as a direct trigger of attacks cannot be discounted.

In fact, one study showed that 92% of pediatric migraine patients believe that intense exposure to sunlight initiated individual episodes—more than any other trigger. Although this may be higher than the typical patient experience, at least half of younger persons are believed to be triggered generally by bright lights.5,6 And as with many with the headache disorder, light sensitivity can happen in the pre-attack or aura phase as well as the postdrome stage too.

The youth of today may even be at greater risk for attacks brought on by light—primarily due to the prevalence of electronic devices which emit artificial blue light. This can be compounded by motion and visual hypersensitivity too—making video games, movies and other light-related stimuli a problem for so many.

Related: Tips to Reduce Headaches from Smartphone Use ➜

Effect of Childhood Migraine on Quality of Life

The effects of migraines on a child’s life can be debilitating—notably missed days of school and limitations on participating in certain activities—which can lead to negative emotional outcomes. While more research is needed in the area of pediatric quality of life, children and teens with migraine may experience: increased anxiety or depression; decrease in life satisfaction and overall well being; problematic social interactions.7 This is consistent with the high emotional toll and disability associated with migraine, regardless of age.

Treatment of Pediatric and Teenage Migraines

One of the biggest challenges in treating migraine and headache disorders in any patient, but especially younger ones, concerns the use of prescription medications. Generally, there is a lack of understanding around which drug options, if any, are more effective and/or appropriate for children and teens.

Over-the-counter NSAIDs (Ibuprofen) and pain relievers (acetaminophen) at proper dosages can provide migraine relief in the early stages of an attack, and acute treatments such as triptans may also be helpful.8 Beyond that, experts offer additional recommendations: 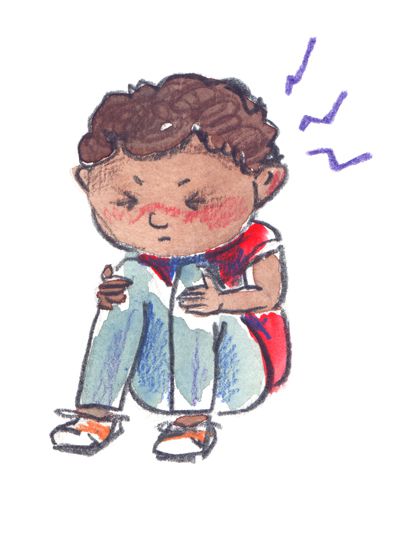 See a headache specialist. Headache specialists are professionals trained to identify all the things that make a child’s migraine tick, from possible causes to triggers and symptoms. They can also help determine appropriate treatment methods.

Keep a migraine diary. Teaching your kids early on how to identify the triggers and symptoms of their attacks as well as document these features is an important step in the patient journey.

Develop an education plan. For the youngest of migraine patients, much of this information can be hard to understand. Parents and doctors should help them create a written plan that will keep their treatment on track.

Try natural remedies. Medications and injections can be rejected, particularly among youth, and also can lead to medication overuse. Simple behaviors like getting enough sleep and reducing excess screen time can help significantly in offering natural relief—they also can enhance the effectiveness of prescription treatments.

Target symptoms too. Anti-nausea treatments, migraine glasses that help reduce light sensitivity, and other options can help relieve children and adolescents of some of their most bothersome symptoms.

Part 3: Migraine in the Elderly